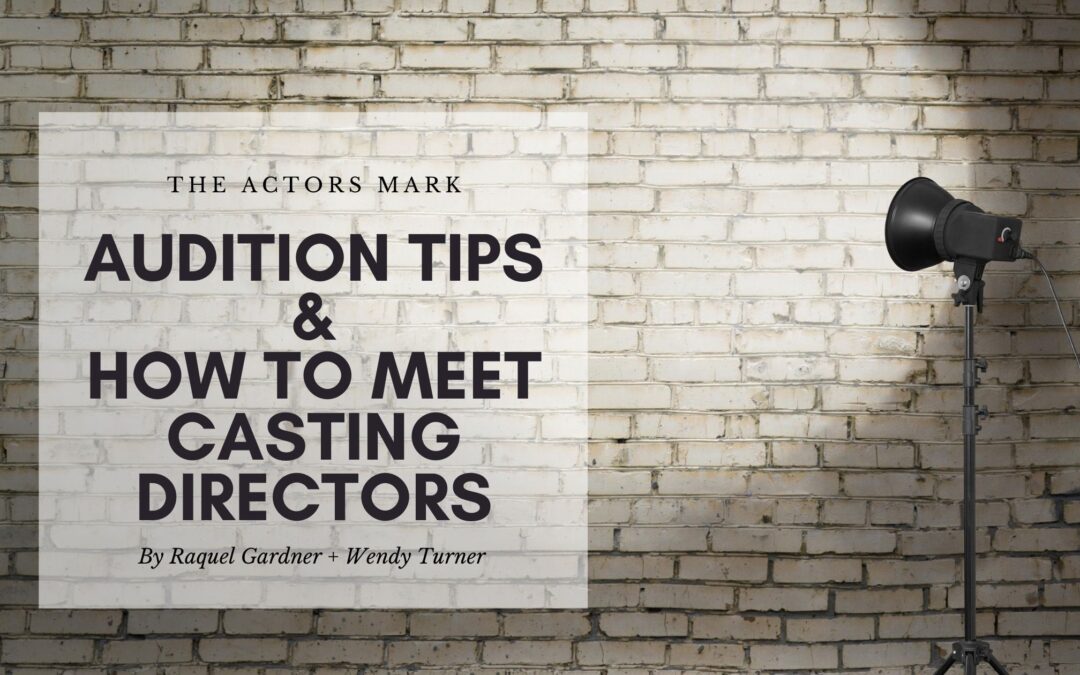 Acting Tips are something every actor needs! Everyday!  This is an excerpt from my Space Station Actors Webinar with Katie O’Connor. In this interview, Katie and I discuss the actors online profiles, defining you niche how to prepare for an audition and how to create a relationship with a casting director! Yes, that can be done. Read on actors!

Raquel Gardner | Actor: It’s best for you to know, where do I fit? Where do I fit right now? It doesn’t mean you’re not fabulous. And you can’t do 10 million different roles, right? It doesn’t mean that you can’t play a fairy godmother in this movie and a runaway girl in that one or an ex girlfriend here, a serial killer there and a detective here. Of course you can!

But if you want to get the industry to see you, you have to get them to see YOU, as you want to be seen. If you’re all over the place, and you’re trying to be all these different things right now. How can the industry see you specifically?

Well if you are funny naturally and you have that connection to that side of the industry, what I would do is start building your package. Because you’re going to start building a package for yourself and create materials that are your calling card. It’s like your electronic press kit per se, all the things your website that could consist of.

Your website could consist of all your online profiles on Actors Access, Casting Networks, Casting Frontier, Backstage and IMDb.. I like IMDb Pro, just because it gives me more options, but you have to pay $20 a month.

These are all sites that actors are supposed to be active in. So if you’re not currently active in all these sites, write these down.

I know that there are a couple other sites too, such as Space Station. They also do castings. I know everybody’s really on hold right now. It’s just been so interesting. I mean, people are still auditioning, but the auditions are coming in and they’re online, there are a lot of self tapings. We’re going to talk about that too. These are sites that you want to have some activity in, so you want to be subscribing to them.

Katie O’Connor | Casting Frontier: So let’s talk about budgeting as an actor.

Raquel Gardner | Actor: The most important stuff that you need to start your career right now. I’ve been where everybody has been.. I know the struggle. Trust me. When you’ve had three jobs. I used to be a fitness model and a swimsuit model. And at the same time, I was a bartender, and at the same time, I was going out on auditions and I was doing promos. I mean, I was doing all kinds of stuff.

You have to put money into your career, so that you can get the benefit back. Where are you utilizing your budget and what is going to give you the maximum return for your money? You don’t want to just be throwing money at people that are not going to give you what you need such as photographers for your headshots. I mean, I remember one time spending $700 on a photo shoot and I could not use one photo It was the worst photo shoot!. And I was like, this is ridiculous!

I can’t imagine a young girl nowadays coming to this town and getting taken advantage of like that, where she just doesn’t know. She is trusting and is told that this is a good photographer, and all of a sudden, she’s getting this terrible shoot, and she can’t use it, and who’s there to help you through that? Nobody! And she’s just spent $700!! You’ve spent your hard earned money on this photographer who doesn’t really know what the hell they’re doing.

So you want to have people that you know that you trust, that have your back. the people that are going to give you the best advice when it comes to this stuff.

You definitely want to get some type of mentorship as young women and men, To know where to go, what to do and who to go to. So that’s really important. And a lot of those platforms can give that to you as well, they know who all the top agents, manager and photographers are. It’s worth the investment and will save you in the long run.

WHAT’S YOUR NICHE? | Find Your Acting Type: Be Specific

Katie O’Connor | Casting Frontier: So let’s take some questions from our participants.

Let’s say you want to be Michelle Rodriguez on Fast and Furious. You know, that’s very specific, which is great, because you want to see yourself in action films. There’s a lot of work in that going on right now. But what do I have to do to make sure that I’m positioning myself so that I can get in front of those people? And when I do get in front of those people, they’re going to look at me with respect, because I already have everything together. And they’re looking at me specifically going, oh, wow, we could just plop her into one of these movies because clearly, she has training in stunts, training in combat and clearly, she’s got, the physicality of what we need. She knows what she’s doing because everything is lining up.

Do you see how it’s starting to work? If you’re thinking in terms of being a casting director casting somebody for this, wouldn’t you want to make your job easier and bring people in that are already moving in that direction? Instead of just randomly bringing somebody in that has no knowledge about stunts or action. You know, background, or doesn’t even have any photos that are relating to that.

If you’re a casting director, you’re not going to call that actor that doesn’t look like they are going to be able to do the job. There’s only so many slots that they have for an audition. The casting director has to look good in front of the director and the writer and the producers and the network because the network has given them this job to do the best casting for the film, sow, etc.. There’s a lot weighing on everybody. Right? So it’s really important that you understand that.

I know there’s a lot weighing on you, but that’s all right. I’m going to get all my stuff together because I’m going to be ready for this when ever I get the opportunity with, you know, Carmen Cuba, who if you don’t know who that is, write that name down. She is the big one of the biggest casting directors in the industry right now. Carmen, Cuba, she casts Stranger Things. She is amazing.

She loves actors, and she loves supporting new actors. So she’s a really great example of somebody that if she saw you doing what you need to do, she would bring you in because she’s like, look at this actor. They are taking charge of their career. This person is understanding the business side of their career and moving forward.

I’m just going give you this example. And you’re going to take this as far as you want to take it, but I’m just going to give it to you on a smaller scale.

So you’ve got your five shows, right that you see yourself on. You want to start looking at your career as a business and I’m sure you all do. I mean, you all look like pretty savvy actors that are already on top of this kind of stuff. I’m just helping you really compartmentalize and zone in on it so that you are going to maximize this.

Ok, now that you’ve you got your five shows.

Let’s say Stranger Things, Handmaid’s Tale, Big Little Lies. I could be on this show. I know it. I love the style of it. I love the acting. It’s right up my alley. Start researching

You’ve got to start getting specific like that, and knowing who these people are, and whenever you get an audition, this is the first thing you need to do.

Because you need to know:

That’s gonna put you ahead of the game. Right? If you start doing this research and say, oh, you know what, it’s really interesting on this show they all wear dark colors. Or they all wear neutral colors.

So you’re actually helping them.

CASTING DIRECTORS | How To Introduce Yourself

You’re an actor that is smart. Because you’ve been doing the research. And if you’re getting a chance to get a live audition, you absolutely want to do the research on them.

You could start a conversation. Such as :

Now you’re connected to the casting director on a personal level, you’re telling her something that you like about her or him, and that you’re appreciating the job they’ve done. They like it. You can even write them a letter.

Emailing the casting director and letting them know you admire them is ok!

Or if you can find a general email for the show, be specific. I’m a young actor, I just moved here from Wisconsin. I just moved here from Brazil and these are the things that keep me going in the industry. I just want to say I appreciate you as a casting director. And if you ever get an opportunity for a role for somebody like me, I hope that you consider bringing me in.

Could you imagine if you were a casting director getting that? What do you bring them in any chance you got? Because they took the time to do that, right? And if nobody sees it, who cares?

It’s the fact that you are doing stuff that you know has a direct reflection on moving your career forward. Because in your brain and in your spirit, you’re saying, okay, I’m doing what I need to do for myself.

You want to research who those people are, what they’re doing, it’s super, super important.

That puts you ahead of the game.

Ready To Rock Your Self Tapes?

Here's your actors access to our free self tape checklist! 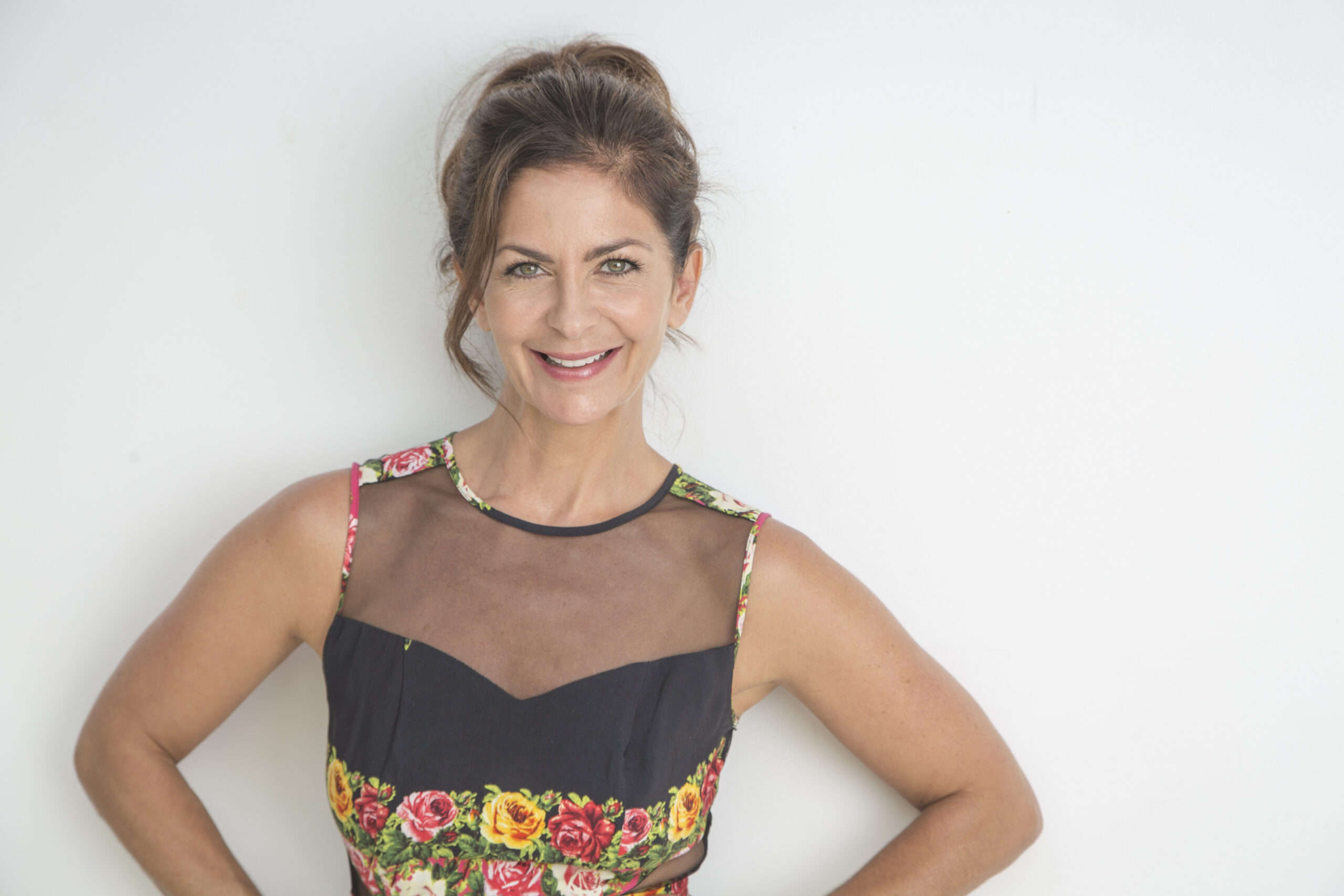 Now go get that job!